This is a link to the article I’m responding to – http://www.telegraph.co.uk/books/what-to-read/colouring-books-for-adults-prove-how-infantile-weve-become/?utm_source=dlvr.it&utm_medium=twitter

I read your article yesterday titled “The craze for adult colouring books shows how we’ve all become infants”, and my readers and I were deeply upset and offended by your assertion that activities such as adult colouring, and reading Young Adult (YA) fiction, are “infantile” and “childish”. Your article also seemed to have little coherent argument and by the end of it, I was unsure what point you were even making; perhaps you were too? Here are my thoughts.

There is such a vast difference between embracing your inner child and being childish. Studies show the huge importance of playing, even into adulthood. I’m not sure what activities you’d suggest involve playing or having fun within the adult world, clearly none of these must be undertaken by children or they’ll be classed as infantile, but as a society we have decided that play is intrinsically linked to children and I think you’ll therefore struggle to find a playful activity that isn’t undertaken by them. I certainly don’t get to play whilst filing my tax return, nor doing the washing or dusting, and no matter how many times I try to turn it into a game of “who can get it the cleanest”, my partner and I don’t manage to play whilst washing up.

What qualifies an activity as childish? What qualifies it as adult? I think we’re doing children a huge disservice by criticising the activities they undertake and only allowing participants to be Under 18s. Many of the activities you criticised have wonderful psychological benefits which clearly you must be unaware of. Colouring has now been found to alter brainwave patterns and shift the brain into a relaxed state, somewhat akin to mindfulness. It also helps with fine motor skills, something most adults who don’t work a creative job are unlikely to be working on or improving, especially those who are ‘correctly’ adulting and not playing any form of digital games. Surely we can’t play sports either, unfortunately children play those, and we wouldn’t want to be associated with that calibre of activity would we? You suggested that cooking or sewing would be better activities and yet most people who undertake these are following a pattern or recipe, surely that’s exactly the same as colouring within the lines? How uncreative and unimaginative!

As for YA fiction, I get a real hint of jealousy from you Susan. Unfortunately, the main reason people had to hide the fact that they were reading those books, the embarrassment they felt, was because of fear of judgement, from people like yourself. How do you know what little these books have to offer if you’ve not read them? They’re written for young adults, the hint is in the category, but perhaps that means the young at heart too? I’m 25 and I would class myself as a young adult, I’m nowhere near middle-aged yet; under 18s aren’t young adults, they’re legally classed as children, they can’t vote, drink, or buy cigarettes, so I certainly wouldn’t class them as any type of adult as they’re not allowed to make adult decisions, perhaps they shouldn’t be reading those books either? Game of Thrones was created as an adult series of books, and is most certainly not a television programme that children should be watching with the sheer amount of violence, death and sex portrayed each week. Is it fantasy that you have the issue with? Is fantasy and the desire to imagine just too childish for you? Perhaps it’s escapism you have a problem with but what’s wrong with that? Surely as a child you didn’t grow up dreaming of paying council tax and working at a desk, adults need escapism, play and fun to keep their minds active from the mind-numbing work many of them are doing at their jobs each day. I was always brought up not to knock it until I’d tried it and you give the distinct impression that you’re yet to try colouring in an adult colouring book. My readers and I all agree that you’re the perfect candidate for this sort of activity. I challenge you to set aside 30 minutes and actually be open-minded and give it a chance before you write an ignorant and offensive article in future.

Have you spoken to any adult colourers? Do you know anything about us or our stories? I’ll tell you a little bit about me. I’m a psychology graduate who went straight into working as a nursing assistant on an acute psychiatric inpatient ward after University. I loved my job, despite the high stress and pressure, and I was good at it. I ran groups for my patients, many of whom were very sick, and one of the most popular activities was colouring. The atmosphere in the room would noticeably calm down, people would quieten and focus and they’d be able to escape for a while. Fast forward 10 months and out of the blue I began having numerous panic attacks and then became agoraphobic pretty much overnight. I’ve now spent 2 years virtually housebound and turned to adult colouring for some escapism. I didn’t just do that though, I created a blog to review these books for the mentally ill community, a huge number of us are now colouring and getting great relief from it, we surely can’t all be infantile! In just over a year my reviews have received almost 1 million hits from over 100,000 people who are, according to you, trying to escape adult life. I simply don’t believe that’s true.

Filling in tiny spaces with felt-tips isn’t especially creative but you make no mention of the creative processes that go into colour choices, blending, shading, mixing media and the other aspects that make our adult colouring into works of art! Perhaps you’re unaware of the health benefits it offers but it’s used for so much more than not showing boredom in a meeting or just reducing stress. Anecdotal evidence from countless readers of mine, and thousands of people in colouring groups on Facebook suggests the numerous benefits include improving sleep, managing pain, improving concentration levels, reduction of mental illness symptoms and even increased confidence. You’re correct on one point though, colouring in someone else’s designs is easier than drawing your own, but why does that mean we shouldn’t do it? I can’t draw or paint at all, but I have a fair amount of skill for blending, shading, and bringing a picture to life. Surely writing a book would be better than reading one, performing in a play better than watching, creating a new drama rather than dramatizing a book? Where does it end? I do all sorts of creative activities, I crochet (with patterns), I embroider (using techniques from stitch books), and I bake (using recipes), all of this is just as creative, or uncreative, as “colouring inside the lines”. If it weren’t creative, why would so many artists and illustrators colour their own and others’ work? Johanna Basford, worldwide bestselling illustrator and colouring book queen, states that she creates books so we can create masterpieces and this quick google search proves that point!

What is it that you do that’s so superior to colouring or reading YA fiction? Is there some rite of passage that makes us become an adult because I’ve clearly missed the memo? I haven’t read Jane Eyre, Emma, or War and Peace, and I have no intention of doing so either, life is short and precious and I’d personally rather read Harry Potter. How are “adult” books any better for us than YA books? Which Classics is it that you think we should all be reading? The Hobbit and Alice in Wonderland are viewed as some of the very greatest classic books, they were written for children and yet they’re still some of the most read and most published books worldwide, should adults be banned from reading such infantile literature? Should anything based on fantasy be kept for the under 18s? Most Classics I have read, or have heard of are all based on fantasy, they’re fiction, they’re not based on real events. Books offer escapism, just as colouring and playing games do, who on earth are you to judge what’s childish, and what’s adult? I’d argue that people who constantly have their nose in a fictional book are probably trying harder to escape life than I am whilst colouring; colouring keeps me in the moment and stops me focusing on my anxious thoughts, books transport you to a completely different world, now doesn’t that remind you of exactly what you did as a child?

I can assure you that I, along with my readers, and countless other adults will be spending my time colouring, following recipes, crocheting from patterns, watching family films and reading whatever fantasy-based books I can get my hands on, not because I long to be a child, or because I’m childish, but because I want to play, I want to challenge my brain to imagine new worlds, think up new colour schemes, and most of all I want to have fun because being an adult doesn’t have to be the boring existence of reading out-dated classic books, being forced to write poetry, and trying to discover the well-hidden points that you described in your article.

Lucy (adult colourer and reviewer), Adult Colourers everywhere, and all adults who like to play, have fun, and connect with their inner child without being childish and infantile.

P.S. In case you’re interested, below are some examples of my efforts at “colouring in someone else’s tiny drawings”, as well as images coloured by my “infantile” readers.

Adult colourers and colouring book illustrators, a large number of you were deeply upset and offended by the original article, as shown by the comments on my Facebook post here. Please add your voice and thoughts in a comment below and share this post as widely as possible so we can be heard. As you’ll see from the gallery below, adult colouring IS art and is anything but “infantile” and “childish”! Thank you to everyone who offered their colouring for this post, it’s beautiful and greatly appreciated! 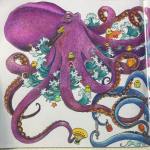 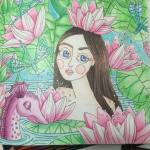 This site uses Akismet to reduce spam. Learn how your comment data is processed.

A bit about me! 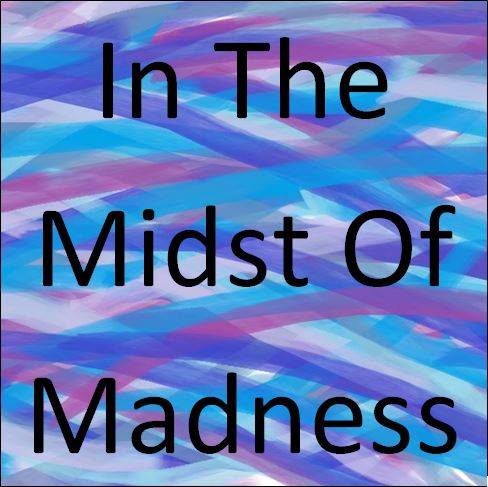